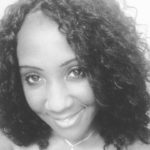 Stachen Frederick is very multifaceted and wearing multiple hats is not uncommon for someone like Stachen in the impact to society. Since 2016, she has been the Executive Director of Weston Frontlines Centre, a youth charity in one of the poorest ridings in Ontario. She says “Frontlines is a place where relationships are built, hugs are shared and children and youth continue to foster their skills”. Born in Trinidad and Tobago, Stachen has over 15 years international and Canadian experience in community and program development.

In 2008, she founded BrAIDS for AIDS, a not-for-profit foundation that raises awareness of HIV/AIDS internationally and in African, Caribbean and Black communities in Canada through hair braiding. She oversees the development of culturally appropriate, gender specific and age appropriate HIV/AIDS programs for those Communities. The organization also funds relevant causes in the fight against the disease. Stachen says that connecting with youths, whether as Executive Director of Frontlines and founder of BrAIDS is the coolest part of her job. One youth told her when she held a session at the prison that he wanted to connect with her organization when he was released from prison. She continued to say that she thought that was “COOL stuff”.

Ms. Frederick is also a Grant Writer and Facilitator