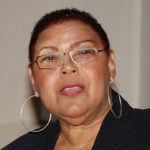 Sheila Patricia Barker was born in Black River, Jamaica, West Indies, and received her secondary education at the St. Andrew High School for girls. During her tenure at High School, she was chosen to represent all schools to make a presentation to Queen Elizabeth ll and Prince Phillip. Sheila is a Community activist in the areas of Health, Human Rights, Employment Standards and Policing Services in Ontario. She extends thanks to her parents Doreen and Lester for being recognized as one of the 100 Accomplished Black Canadian Women (2018).

Sheila was raised by her wise grand-parents while her parents attended University in the United States. She was a good scholar and an excellent athlete, playing tennis, field hockey and netball.  She represented Jamaica, locally, internationally and at the World Cup Level in netball as a player, umpire and a member of the Executive Committee.

She was also active in drama. She was an understudy for the Rt. Hon. Louise Bennett-Coverley, a renowned Poet, Folklorist and Actress and was also author of Pantomime Shows in Jamaica.  Sheila was the first Black female radio announcer of “Housewives Choice” and “Music for Youth” at the Jamaica Broadcasting Corporation. She danced at the Stratford Festival, Ontario, with Rex Nettleford Dance Troupe.

Sheila came to Canada in 1959 and attended and graduated from the Montreal General Hospital School of Nursing and McGill University Nursing Programs with a Bachelor Degree in Public Health Nursing. She worked in Hospitals and Health Care Units as a Registered Nurse and later became a Visiting Public Nurse.