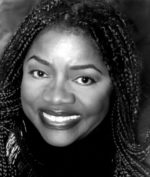 Salome Bey is an ‘Order of Canada’ recipient and considered by many to be the Queen of jazz and blues singers in Canada. She is also an icon as a singer-songwriter, performer, composer, director, and mentor.

Born in an African-American musical family in Newark, New Jersey, Salome started her singing career as a teenager, with her debut at the Apollo Theatre at age fourteen. Later, she formed a vocal group with her brother Andy and her sister Geraldine, known as Andy and the Bey Sisters. They performed in local clubs touring North America and Europe. A measure of superb talent that they demonstrated even then, is the fact that their 1960’s recordings were rediscovered and subsequently reissued in 2000.  It is not insignificant that the back-up musicians on these recordings included jazz legends, Kenny Burrell, Milt Hinton, Ossie Johnston and Jo Jones.