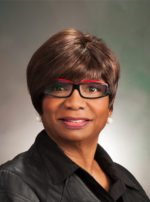 Mavis Ashbourne-Palmer migrated from Jamaica in 1971 and has lived and worked in health care in the Province of Saskatchewan, since she arrived. An owner of a Nursing Home that provided care and comfort to senior citizens, she has settled in comfortably in a climate that is totally different from the land of her birth. In Saskatchewan, historically, immigration has come from European countries but the immigration of Black people’s dates back to the late nineteenth century and continues today.  Mavis says,” our presence is being shown and we are here, we are here to stay”. She continues, “they don’t know anything about Black History, so we have to teach them.”

She has opened her home to many students who attended University in Regina, Saskatchewan, who were home sick and depressed in a foreign land.