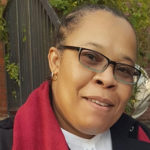 Deanne Michelle A. Smith was born in Kingston Jamaica and migrated to Montréal, Canada a year after completing Wolmers’ Girls High School. She then attended and graduated on the honour roll from Dawson College/CEGEP. This made her quite elated as she was the first amongst her cousins’ generation to attend an institution of higher learning.

There were times when she doubted herself as she was now living in a new country, a new society, a new school system and a new way of being socially engaged. However, Deanne thrived and blossomed as she grew to feel that it was in this very arena of academia that she could excel, share ideas, collaborate on projects and grow intellectually.

So, she continued her studies at Concordia University, Seneca College and George Brown College. These were all places that she found support, solace and at times the necessary challenges needed for her continued growth.

She had found her footing in her new home KANATA (Canada)…

Slowly, the drive to HURRY and complete her studies and return to Jamaica started to dissipate as she regained her sense of purpose in Canada and life; she also remembered one of her maternal grandmother’s sayings:  “When in Rome; do as the Romans do”. Those words served as encouragement for her to step out of her comfort zone and become a more actively engaged Canadian citizen.

Deanne currently works for Bell Canada and has completed her 20th year. She has mentored young Black youth through an after school programs and ‘Girls in Trades’ a program co-sponsored by the YWCA. She was one of the background co-founders of Black Queer Youth (BQY), an organization that supports Black queer youth in Toronto and had been part of BLOCK-O-RAMA, a group that offers an alternative space and activities for Black families and their allies, during PRIDE.