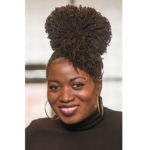 Dr. Rai Reece was born in Leeds, United Kingdom and immigrated to Canada with her Barbadian mother and Grenadian father. As an only child, her parents fostered her sense of curiosity and were always incredibly supportive of her academic pursuits. Rai spent her childhood and teenage years living in Scarborough, and developed a strong sense of community and social justice from an early age. Having experienced a lack of representation of Black leadership and mentorship in her educational settings, she realized early that ‘representation matters’ and her early educational experiences as one of two Black girls in elementary and high school classrooms had an indelible impact on her learning and growth. This experience was one of the primary factors in her pursuing a career in education.

Rai’s educational pursuits were driven by examples demonstrated by her parents’ strong work ethic that they continued to reinforce in Canada even when they faced adversity in a country that devalued their skills. This reality was not lost on Rai and her foray into university education began by completing her Honours undergraduate degree in Mass Communications and Anthropology. Her formative years at university ignited her passion for research that focused on the social experiences of Black women in Canadian society. While she pursued her master’s degree, she diligently fostered a scholar-activist Black feminist lens in both her theoretical and practical work. She honed her social justice skills as a community worker and social justice advocate by working with street active/homeless youth, as a Partner Abuse Response Coordinator in the violence against women sector, and with incarcerated and post-incarcerated HIV positive folks.

Rai began her Ph.D. studies in 2002, and in 2007 she conducted the first research project that exclusively examined the intersections of race, incarceration and citizenship, as it pertained to federally sentenced Black women in Canada. This work was nominated for York University’s Dissertation Prize.  In 2010, Rai was one of approximately ten Black women to receive a stand-alone PhD in Women’s Studies.