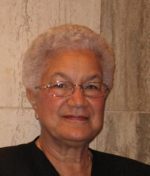 Dorothy Abike Wills, B.Sc., M.S.W., M.A., PhD., LL.D., DHL (Honoris Causa), C.M., retired in June 2000, as the Dean of the Faculty of Applied Technologies at Vanier College, Quebec. She was born in Dominica, West Indies.  She was left orphaned at an early age and with the bequest from her parents, she migrated to Canada at seventeen and enrolled at Mount Saint Vincent University in Halifax, Nova Scotia, Canada.  There, she completed the Bachelor of Science Degree in 1956, and was awarded the Governor General’s Gold Medal for the highest academic performance that year.  This was the beginning of a truly remarkable career of one of Dominica’s renowned daughters, who earned the distinction as “one of Canada’s leading educators and community leaders”. As an outstanding student, Dorothy continued her education at McGill University while working full time, and sometimes holding down two jobs, and raising her children. She earned a Master’s Degree in Social Work, and a Masters in History from Howard University.  She however, found her passion in teaching and education and went on to do a Master’s Degree in Education at Concordia University and later earned her PhD in Philosophy of Education from Pacific Western University in California. She has since dedicated her life to being an Educator in the areas of Business Education, Social Work and Andragogy (the method by which adults learn) and encouraging the integration of visible minorities into Canadian society. She taught at the High School (CEGEP) and University levels.