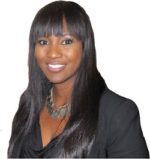 Nadine Spencer is the CEO of BrandEQ Group Inc., a global agency specializing in marketing, communications and PR. Nadine has earned a reputation as an experienced professional who accelerates strategic growth and brand visibility for clients. Through her “People Matter” concept, she has expanded market growth and increased revenues for various multinational enterprises by amplifying their messages to a wider audience.

Recent projects include creating Canada’s first world class food event, the Delicious Food Show, securing the Food Network as media sponsor in its first year. She managed all aspects of the show’s production and strategic direction. The show was acquired by conglomerate Informa and is now the Toronto Wine & Food Show.