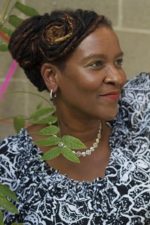 When meeting Itah Sadu, the first thing you will see is her smile, the first thing you will notice is her warmth. As a dynamic entrepreneur and community builder, she utilizes creativity, leadership and teamwork to build infrastructure and legacy in communities. Her objective is simple and to the point: To work with organizations that engage in programs for youth with the focus on education, pathways and community economic development.

A woman of many talents, Sadu, has been a community developer, entrepreneur and educator in Toronto for decades. Her youth entrepreneurship program designs have been adapted as models for job placement opportunities, skill development and leaders-in-training programming. One such program was the Fresh Elements/Fresh Arts initiative designed for youth to develop technical and production skills in the cultural industries.

Featured on the African Canadian History 2011 Poster, Sadu has contributed to the legacy of African Canadians with the naming of Toronto sites in honour of their contributions. She is a bestselling children’s author, whose books are translated into foreign languages, adopted by schools for curriculum and adapted to film. A contributor to the development of the Canadian publishing sector, Itah is also founding member of the MY People Literary Awards and founding member of the Black Book Affair.

She is the co-owner of A Different Booklist, one of the few independent bookstores left in Toronto with a focus on finding literary gems that reflect Toronto, the African Canadian and Caribbean Canadian diversity. Her love for storytelling has taken her to schools around the world where she has developed stories that have a special appeal for children.