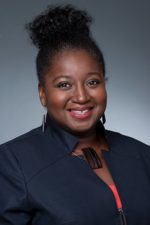 Notisha Massaquoi is originally from Sierra Leone and has been an enthusiastic advocate for advancements in racialized women’s healthcare globally for the past 25 years.  Her early career in social services helped establish several organizations and programs which served the newly emerging African Communities in Canada such as Africans in Partnership Against AIDS, The African Resource and Communications Centre and the women’s counselling program of Harambe Centres Canada.   She is currently the Executive Director of Women’s Health in Women’s Hands Community Health Centre in Toronto Canada – the only Community Health Centre in North America, which provides specialized primary healthcare for racialized women.   She holds a BA in psychology from the University of Western Ontario, an MSW from the University of Toronto and is nearing completion of her Doctoral education in Sociology and Equity studies from the Ontario Institute for Studies in Education/University of Toronto.

Her research and numerous publications have focused on women and HIV /AIDS, increased access to primary healthcare for racialized women and health promotion/education strategies for marginalized communities in Canada.  Her academic work has appeared in such journals as Canadian Woman Studies, Wagadu, The International Encyclopedia of the Social and Behavioural Sciences, Canadian Journal of Public Health, Social Science and Medicine; and the Canadian Journal of Infectious Disease and Medical Microbiology.  This work has been influential internationally and has often been used as an advocacy tool to address the intersectional nature of gender and race when looking at health disparities.  In 2001, she co-wrote the background paper on Racism as a Determinant of Health for the United National World Conference on Racism and helped to facilitate the addition of this language in the WCAR Conference Declaration in Durban South Africa.  In 2009, she wrote the background paper on Gender and the Global impact of the Healthcare Provider Shortage and presented at the United Nations Social Development Forum in Geneva, Switzerland. She has been a lecturer for the faculties of social work at Dalhousie University, York University and currently Ryerson University. Her latest book is a co-edited Anthology entitled Theorizing Empowerment: Canadian Perspectives on Black Feminist Thought.