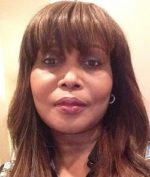 It is not the numerous awards and accolades that make Shernett Martin qualified for inclusion in this publication, but what she has done tirelessly to earn them and the fact that she gets the tasks done with passion and without giving any thought to who is paying attention.  An immigrant from Jamaica, Shernett started volunteering as an adolescent and by the age of 19, she was teaching English as a Second Language (ESL) in a church basement and becoming the Coordinator for the Scarborough Black Education Organization. Racism, sexism, homophobia and anti-Semitism did not go unnoticed when her schoolmates had to face such negative behaviour.  She formed a theatre company, wrote and produced a play called “Today’s Lesson, and received funding support from the Province of Ontario, to have her ground-breaking play travel throughout schools and communities in the Greater Toronto Area (GTA).  She subsequently founded a non-profit organization in Vaughan ten years ago that works with marginalized youths to mentor and support them academically and socially.

During all these activities, Shernett pursued a Bachelor’s Degree in Sociology and two years later, another in Education.  She did not rest on those laurels – she later pursued a Master’s Degree in Education. Despite her busy schedule with academic studies, she continued to be involved in educational and writing projects, speaking and fund-raising engagements, and membership on various boards and committees.

Shernett is known as a well-respected, innovative and committed teacher by profession, workshop creator, facilitator, motivational speaker and published author, with a brilliant mind. Among her publications is: “My Friend Chantal Has Sickle Cell Disease “.