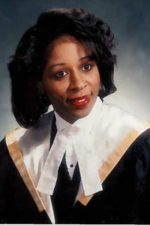 She gained public prominence as President and co-founder of the Parent-Student Association of Preston, an organization viewed by many, as one the most powerful and peaceful movements for educational reform that this country has ever seen. It was organized as a direct response to the nationally covered 1989 Cole Harbour High School Racial Riot, that resulted in the introduction of Nova Scotia’s First-Time Race Relation legislations and programs including but not limited to the Department of Education African Canadian Services Division, Council on African Canadian Education, Afrocentric Institute, Student Support Workers, Ethnic Curriculum and numerous other race- related initiatives within the province’s school system.