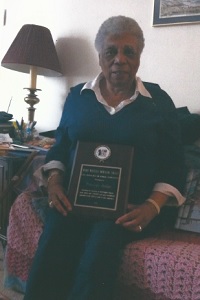 Penelope Hodge is a 7th generation Canadian, born in Digby, Nova Scotia and moved with the family to Greenville, Yarmouth, Nova Scotia where she grew up on a small farm. As a result of the American Revolution her ancestors arrived in Nova Scotia between 1783-1785. Thousands of slaves who were forced to provide labour in the United States of America, joined the British army to fight the American rebels in exchange for protection, freedom and land in Canada. She is a descendant of these courageous black men who became known as Black Loyalists.