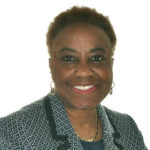 Malinda S. Smith is a Professor of Political Science and the Provost Fellow (Equity, Diversity, and Inclusion Policy) at the University of Alberta.  She was born in Nassau, The Bahamas. Currently, Dr. Smith is principal investigator on a 2018 Pierre Elliott Trudeau Foundation Fellowship research, “A Seat at the Table: Engendering Black Canadian Pasts and Futures,” which focuses on unearthing and telling the stories of Black hidden figures in Canadian politics, law and higher education. She is co-editor (with Awad Ibrahim, Tamari Kitossa and Handel Wright) of the forthcoming volume, Nuances of Blackness in the Canadian Academy. Dr. Smith also serves on Statistics Canada’s Working Group on Black communities in Canada, and the Statistics Canada expert group on Immigration and Ethno-cultural Statistics.

Currently Dr. Smith teaches international and comparative politics, critical race studies, and gender and politics at the University of Alberta. Before moving to the University of Alberta. Dr. Smith taught at Athabasca University, where she served as the academic coordinator for the BA in Political Economy and the Bachelor of Professional Arts (BPA) in Governance, Law and Management. Dr. Smith is one of four Black female professors currently in political science in Canada, and the only Black female full professor in the discipline.