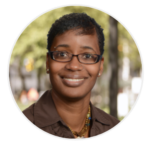 Dr. Kimberley Tavares, an educator for more than 15 years, is currently a Vice-Principal in the York Region District School Board (YRDSB).  In February 2013, Kimberley was appointed an Equity Consultant, supporting African and Caribbean youth in the York Region District School Board. While in the position she worked with schools, and families to ease the often difficult navigation that can be schooling in Canada, while supporting schools in the development of equitable curricular practices. Prior to this appointment, she served as Head of the Department of English, at the York Region District School Board and was seconded to the Faculty of Education at York University for nearly three years. She attended York University, where she received the degrees:  B.A., B.Ed., M.Ed., and PhD in Education. She is the Co-Chair of the Alliance of Educators for Black Students, an organization of educators that focus on the academic and success of Black students. Her recent research focused on what education can learn from the experience and expertise of those most likely and willing to support the educational aspirations of marginalized learners – the Canadian Black Women teachers.

Kimberley is known for the passion she brings to the classroom, her encouragement of individual students and for her creative teaching techniques. Tavares, mother of three, said that her motivation to understand why a disproportionate number of Black male youth disengage from the school system, began with the birth of her son. It was then that she really began thinking and questioning what was happening to Black youth, specifically boys in our Society, especially when she projected her thoughts to twenty years “down the road” and it generated a huge fear in her. These thoughts provided “meat” for her ground-breaking research for her PhD in Education.  It was her assumption, in following along with media and popular notions, that young Black men needed Black male role models in schools. She, however, discovered that the theory was misguided, as the Black males she interviewed, credited the Black women in their lives for their success, consequently allowing her to realize that care, more than gender (or even race) can determine a child’s success. In 2013, she received the Cornerstone Leadership in Action Award. This Award is given each year to recognize graduating teachers who demonstrate exceptional potential and values-based teaching, such as, honesty, integrity, creativity, courage and humility amongst other related values.